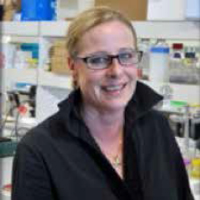 After going to school in Canberra, Dr Wheeler moved to Sydney to undertake a medical degree at the University of Sydney. After working in the UK for a short period, she returned to the Royal North Shore Hospital where she undertook further medical training and laboratory research.

Dr Wheeler became interested in primary brain tumours when a group of young neurosurgeons, having trained in the US, returned to Royal North Shore Hospital and started to ask oncologists for help in managing their patients with Gliomas. There was little to offer these patients in the 1990s apart from surgery and radiation. Australians physicians had little interest in managing this dreadful disease. She turned to US colleges and set up close collaborations with specialists from a number of major US centres, which have been maintained over the years.

Since the 1990s, she has been involved with both laboratory and clinical practise is mainly limited to treating primary brain tumours. She has set up numerous collaborations with other neuro-oncologists and scientists both nationally and internationally and works in a multidisciplinary team of clinicians to try and deliver state of the art therapy to newly diagnosed patients. She supervises a number of national and international clinical trials run through Royal North Shore Hospital. She is also involved in teaching of medical students and registrars and has supervised a number of laboratory research projects, encouraging others to become involved in both clinical and laboratory research.

Over the years she has recognised what a struggle it is for both patients and carers to manage with this disease day by day, and how un-recognised the needs of these people are. She has campaigned for more community services to become available, and involved a number of colleges and allied health professionals to help with this cause, (with little success). She realises that unless these barriers can be overcome, patient participation in clinical trials, which will ultimately lead to treatment breakthroughs, can be almost impossible, slowing progress enormously. 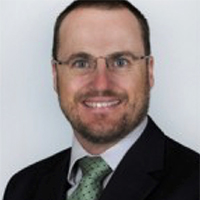 Dr Parkinson has a PhD in “Molecular Characterisation of Chemoresistance Mechanisms in Glioblastoma” – from Kolling Institute of Medical Research and the University of Sydney 2005-2007.

Neurosurgery training was undertaken at Royal North Shore Hospital, John Hunter Hospital, Prince of Wales Hospital, Sydney Children’s Hospital and Royal Prince Alfred Hospital where he had the opportunity to learn from some of Australia’s leading brain tumour surgeons.

Jonathon’s perspective on treatment of brain cancer changed in 2003 when his mentor led him to discover the seminal works by Cairncross and colleagues on the molecular features of oligodendroglial brain tumours. This formed the basis of an ongoing enthusiasm for the importance of molecular testing in the diagnosis and treatment of brain cancers, so much so that he interrupted his training in neurosurgery to complete a PhD on the topic. Since this time Jonathon has managed to maintain a research presence while developing a busy clinical practice. 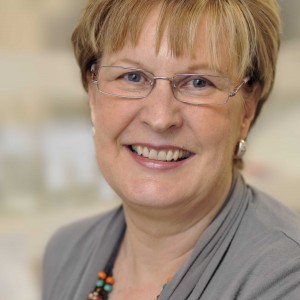 She was awarded her PhD in Molecular Medicine (University of Sydney) in 2005, undertook post-doctoral training at the University of Michigan in the Department of Human Genetics and held three consecutive fellowships from the NHMRC and Cancer Institute of New South Wales prior to her current appointment. She has attracted over $5 million in research funding for a number of cancers including glioblastoma.

A/Prof Howell has extensive expertise in molecular genetics and in vivo disease modeling which she has applied to understanding the molecular mechanisms of cancer and identifying disease biomarkers. She works closely with clinical and surgical colleagues including A/Prof Wheeler and Dr Parkinson, and her laboratory is focused on improving treatment and outcomes for brain cancer patients, overcoming chemoresistance and the identification of prognostic and predictive biomarkers.